Global commitments and the implementation of NDCs in Mediterranean countries

To answer those questions, keynote guest speakers, at the 6th Mediterranean Forest Week, explained the current situation as regards the Mediterranean forests, and demonstrated how adopted strategies can complement the implementation of Sustainable Development Goals (SDGs). 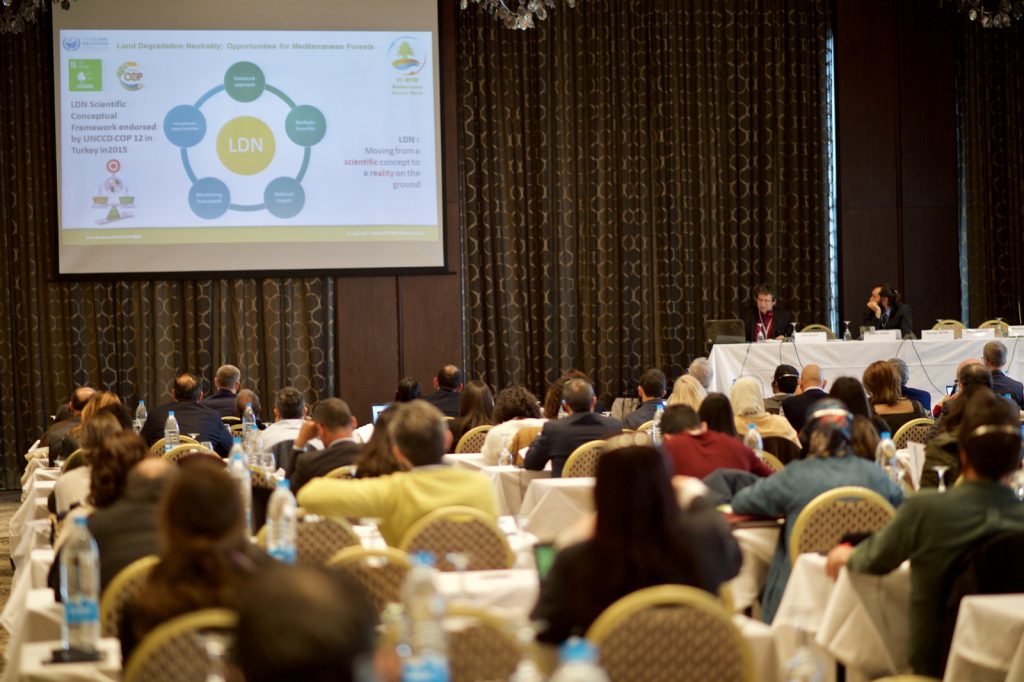 After presenting the risks resulting from climate change in the MENA region, Joel Guiot, research director in the CEREGE lab, initiated the first plenary session by introducing the network of Mediterranean Experts on Climate and Environmental Change (MedECC) as a robust scientific tool addressing the Mediterranean environment.

Following was Sven Walter, program officer at the Global Mechanism, who identified land degradation neutrality (LDN) achievement as a forestry opportunity. He affirmed that achieving LDN, on national levels, will mitigate drought impact on forests and further induce the achievement of the SDGs on a global level.

Walter also emphasized the importance of “opening the debate of sustainable forest management with other sectors to have cross-sectoral discussions in order to identify the way ahead at the country level between different sectors”.

Using a concrete example, George Mitri, an associate professor at the University of Balamand, closed the plenary session by showcasing a study performed at the Qaraoun watershed in Lebanon. The case study accentuated the importance of adopting a standardized approach for mapping, assessing and monitoring land degradation to implement land conservation techniques.

By the end of the first plenary session, the audience had better insights of the current situation of the Mediterranean forests, was able to identify several initiatives addressing climate change in the MENA region and understood the link between national actions and global commitments.