Is forestry on the right path?

01 Apr Is forestry on the right path?

Lebanon is home to 20% of the world’s biodiversity of which 25 000 species are plants. It is also home to many endemic species due the country’s relief and climate. As we move higher in altitude towards the mountain tops, the temperature drops. If the isotherm shifts towards the mountains, species such as cedars (Cedrus sp.) and firs (Abies sp.) will be in danger.

The impact of climate change on the conservation of forest genetic diversity was the focus of a scientific discussion at this week’s 6th Mediterranean Forest Week in Brummana.

Speaker Fulvio Ducci from the Forestry Research Centre (CREA-SEL), Italy, explained that during glacial history, plants had time to adapt to changing conditions. However, with climate change, more frequent increases in temperatures are resulting in a decrease in precipitation during the summer so plants are not able to adapt quickly enough.

The resulting heat waves are disastrous for plants, as they cannot acclimatize, and species such as beech (Fagus sp.) are being threatened. ‘Marginal populations’, or species that grow on the edges surrounding the core of the region, are also at risk.

It is important to consider genetic characteristics, says Ducci. Not for their potential usage but for the way they’ve adapted to such conditions. As the climate changes, these plants need to be monitored, managed and protected with good silvicultural techniques.

Developing an inventory of genetic characteristics is important for the identification of species at risk and to conserve seeds which impel the need for skilled propagation nurseries.

Phenotypic diversity, genetic adaptation, and migration are three ways that plants cope with climate change. According to Bruno Fady (INRA), migration is difficult, particularly in flat areas, where migration is harder than in steep areas. 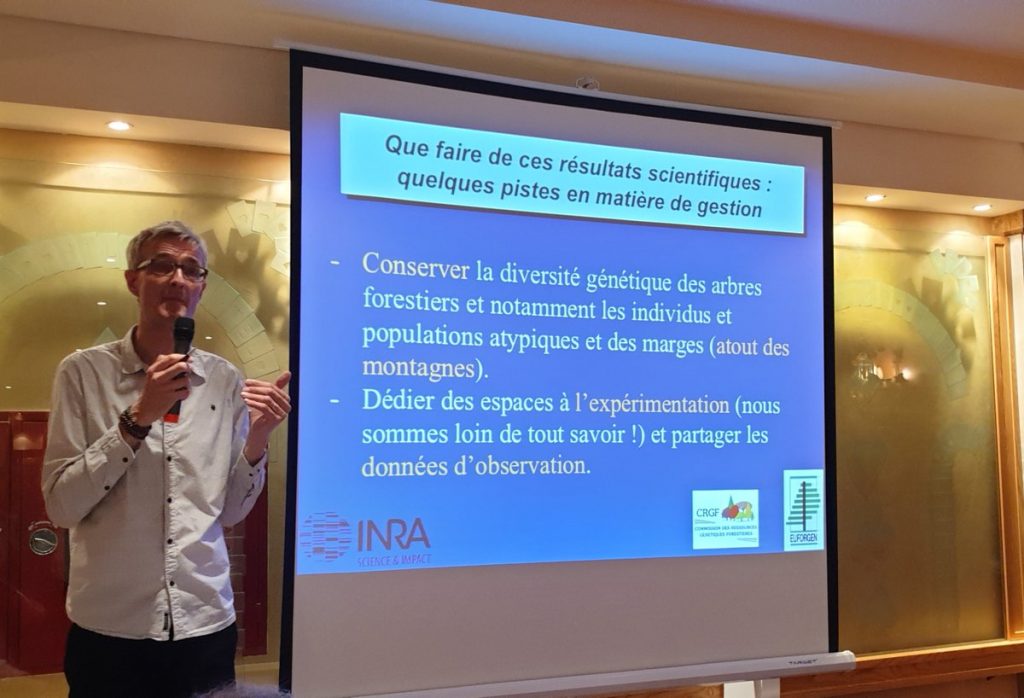 However, phenotypic plasticity, as measured in common gardens, includes studying the plants’ growth, their reaction to insects and any other interesting characteristics.

Traditional forestry needs to start working in an experimental way. Fady suggested that foresters should even consider introducing the same species from one region to another.

Michele Bozzano from the European Forest Genetic Resources Programme (EUFORGEN) concluded the debate by stating that genetic diversity varies within species’ distribution ranges as plants don’t restrict themselves to borders.

Traditionally, foresters breed plants for a denser cover, but shouldn’t we start breeding for biodiversity?